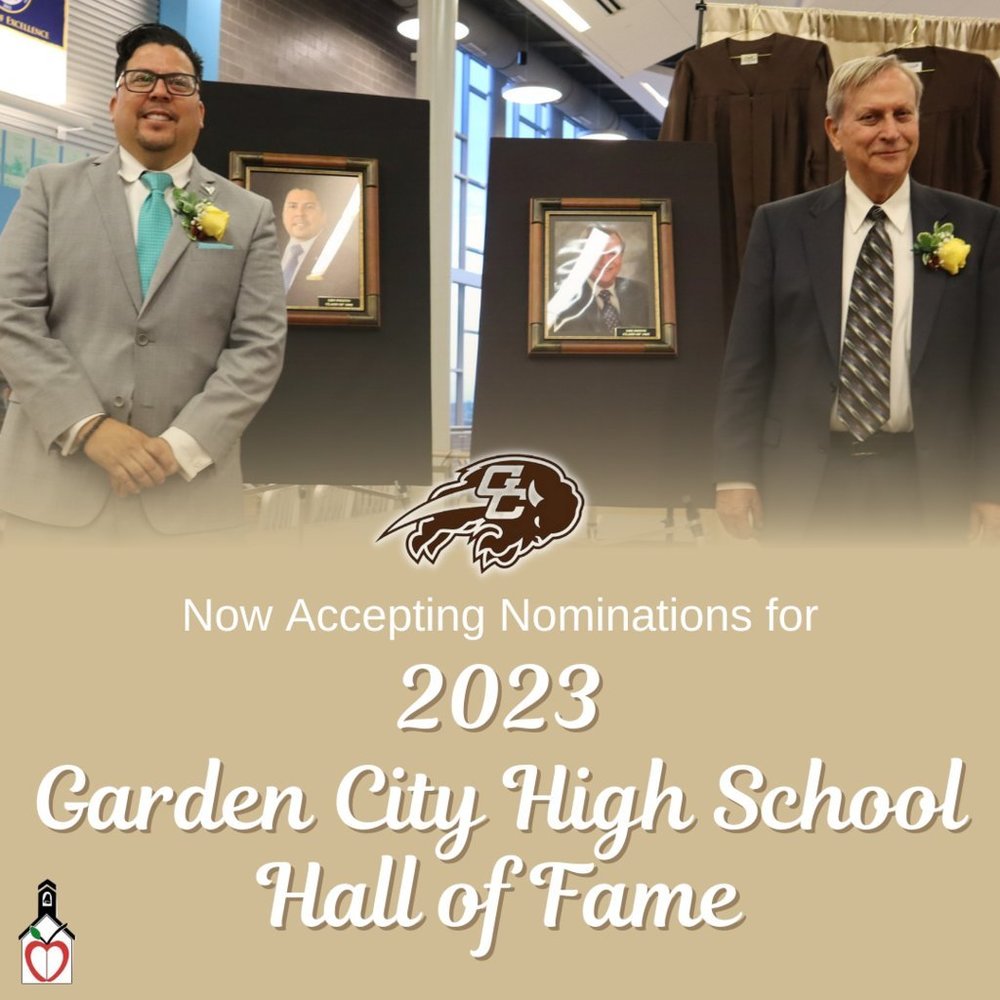 Nominations submitted in 2021 and 2022 will be considered along with this year’s nominees.  Nominations from years prior to 2021 should be resubmitted to the committee.

Two inductees will be selected for the 2023 GCHS Hall of Fame.  One inductee is chosen from those residing within Finney County and the other from outside of the county.

The GCHS Hall of Fame is to honor past graduates of Garden City High School for their accomplishments in their chosen professions.  It also presents positive role models to the graduating seniors as well as to the rest of the student body.