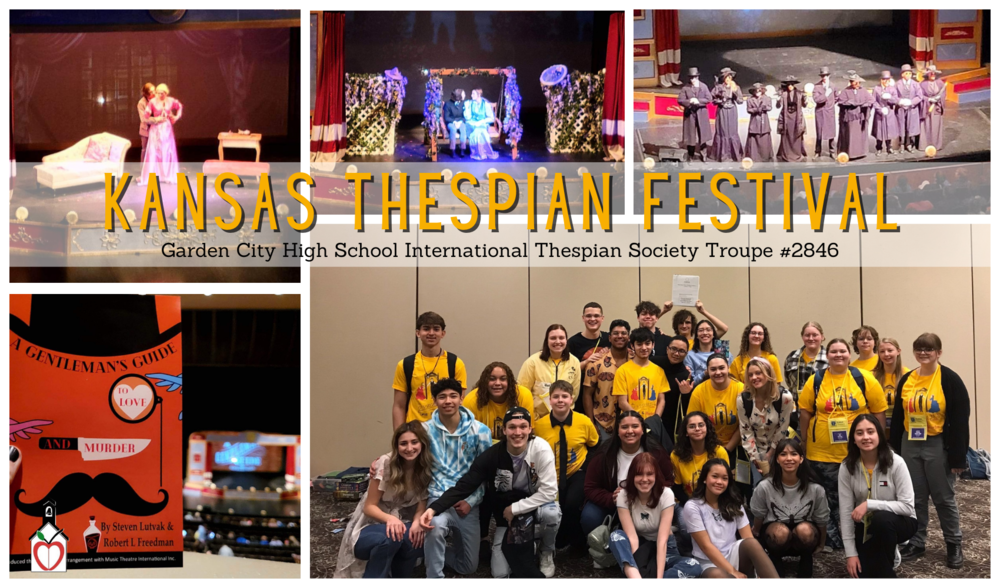 The GCHS Drama program presented their fall musical "A Gentleman's Guide to Love and Murder" on the Century II concert hall stage on Thursday, January 6, 2023. Only five schools from across the state are asked to bring a show to the festival to perform each year.  This honor is equivalent of winning state for the theater program.

The school also qualified 13 students in Thespys for the International Thespian Festival (ITF) in June. This is the most students qualified for Thespys in GCHS' history as a troupe.

The school took third place with the chapter select One Act play “Now. Here. This.” They were also named a Gold Troupe for the tenth year in a row.

Ms. Alice Hilt was named Region 5 Teacher of the Year at the festival.  Hilt is the Drama/Theatre teacher at Garden City High School.